Why doesn’t Birmingham have a statue of its greatest writer JRR Tolkien?

AND #Birmingham should have a statue to its greatest film maker and cinematic icon Sir Michael Balcon, a Brummie born at 116 Summer Lane Aston and a pupil at my school George Dixon Grammar School for Boys in City Road, Edgbaston. 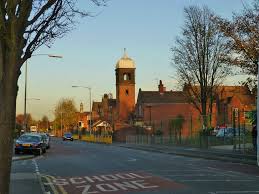 Balcon was the son of a Russian Jewish emigre tailor who had fled the Eastern European pogroms and settled in welcoming Birmingham in the 1890’s. 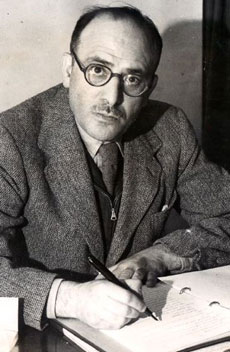 Sir Michael Balcon as Head of the Ealing Studios made many of the quintessential British comedies such as ‘Kind Hearts & Coronets’, ‘The Ladykillers’, ‘Passport to Pimlico’ & ‘Whiskey Galore’.

PC Dixon first featured in an Ealing film from 1949: ‘The Blue Lamp’ where as a young PC he is shot dead by a young East End hoodlum played by Rank starlet: Dirk Bogarde in a bungled cinema box office robbery.

PC Dixon was miraculously reincarnated in 1952 for the seminal BBC TV series: ‘Dixon of Dock Green’. Evenin All..